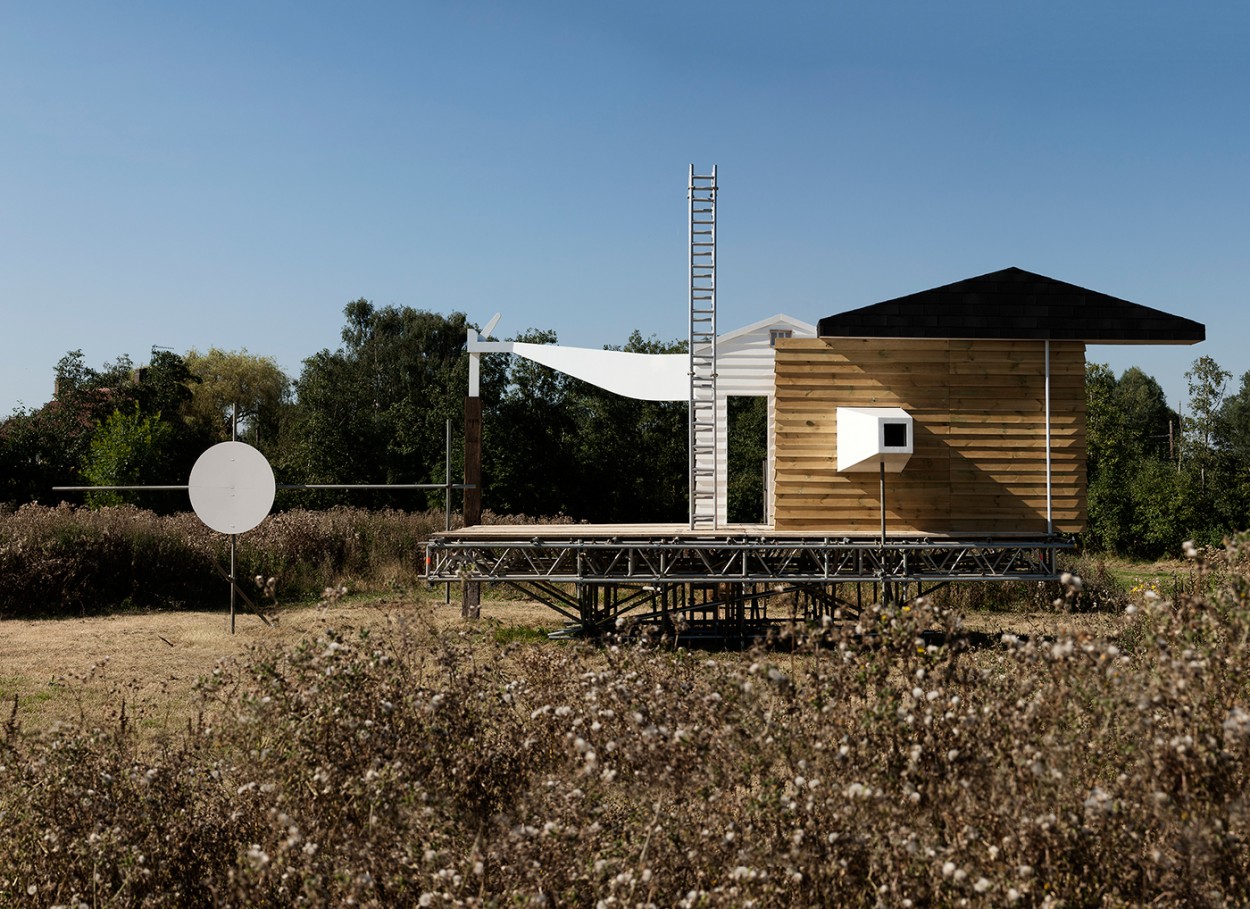 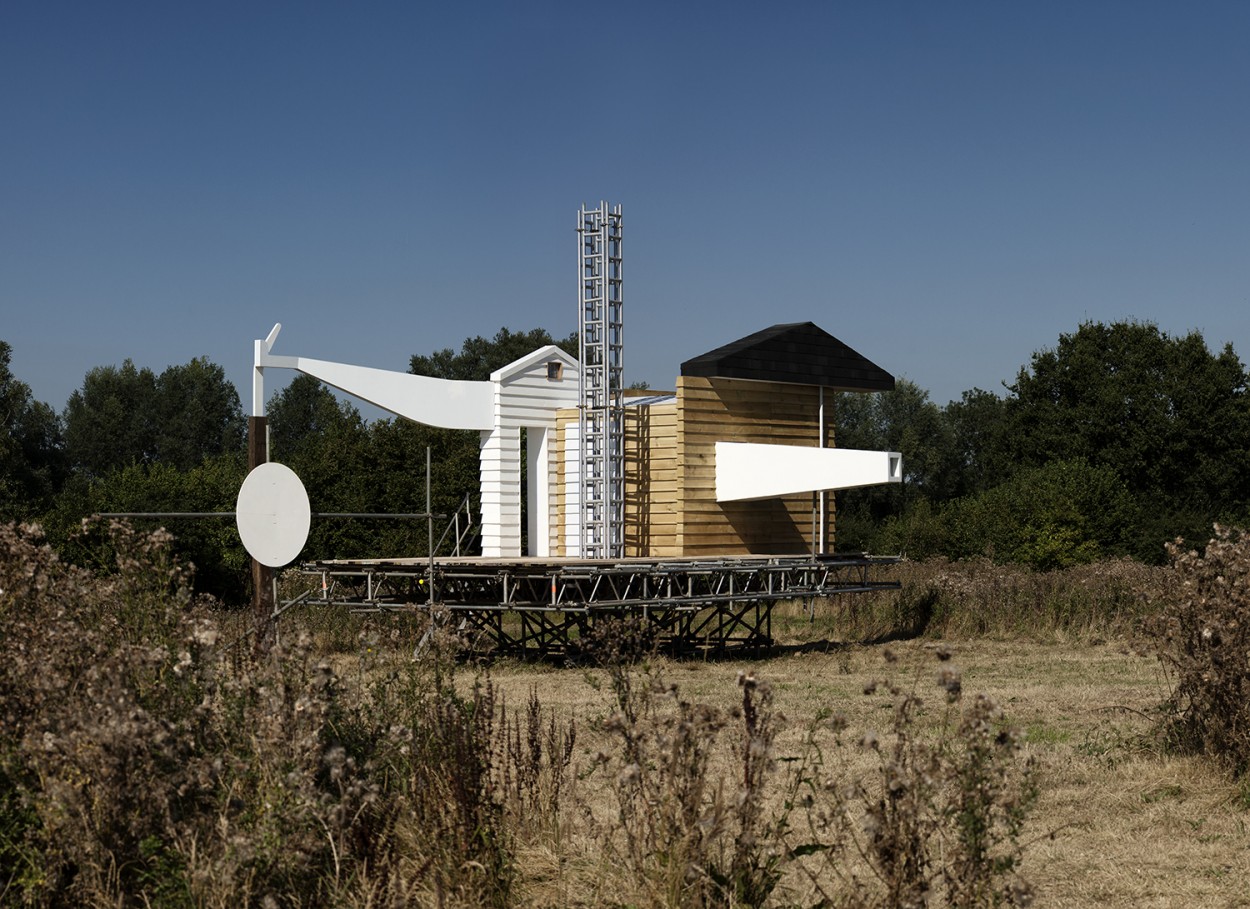 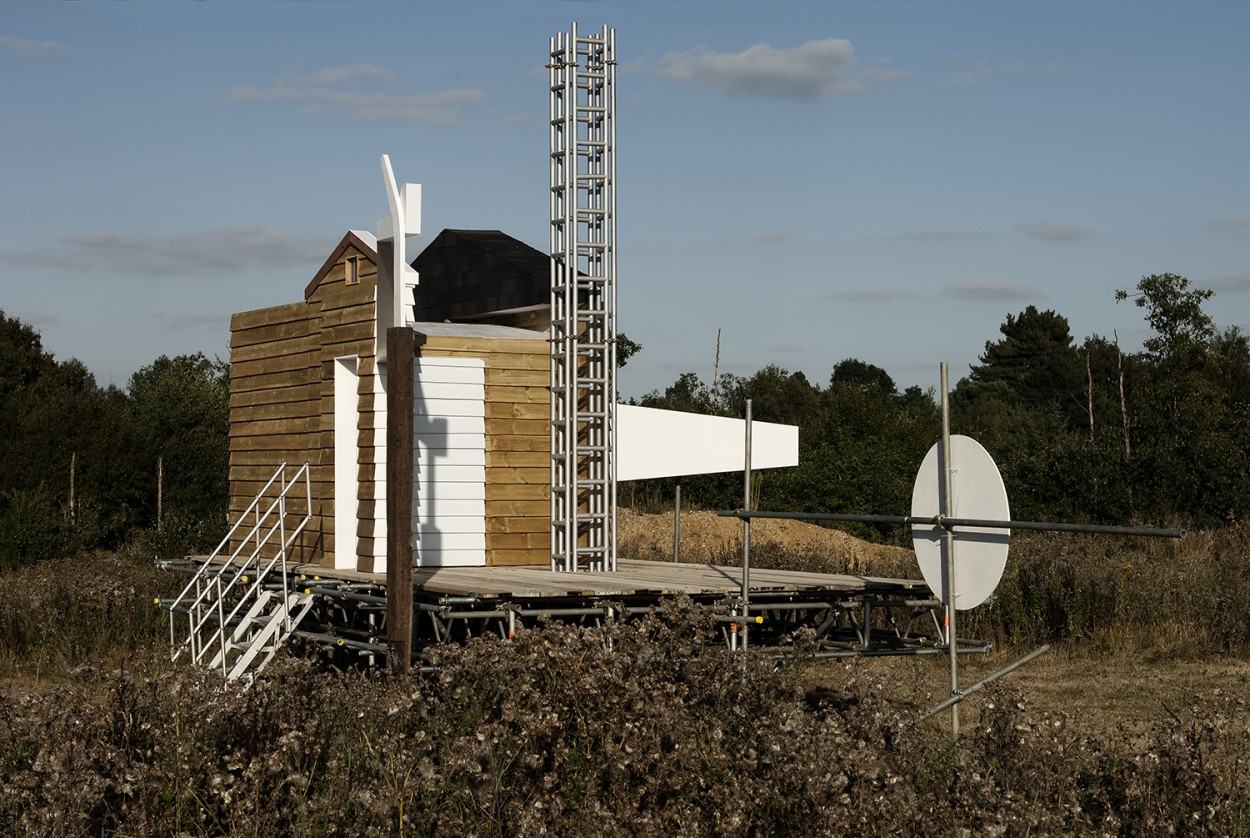 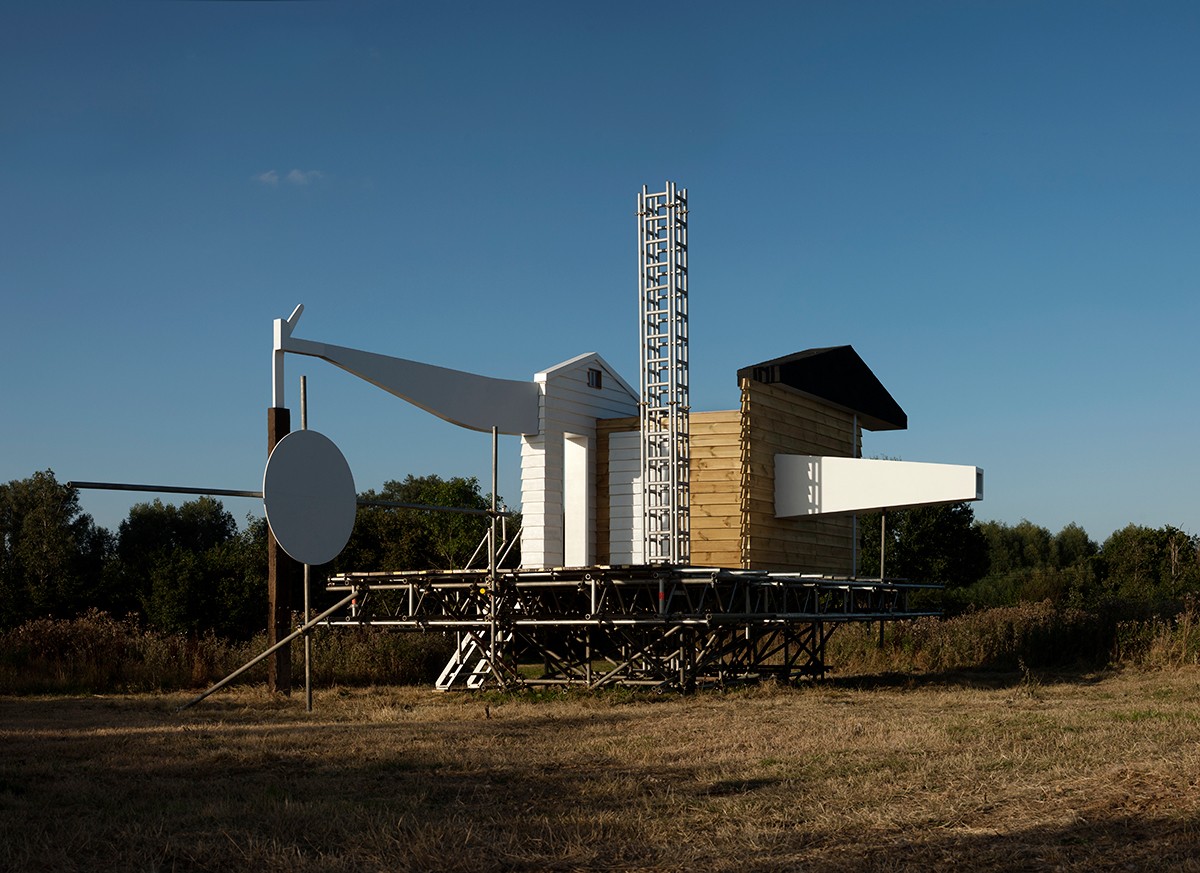 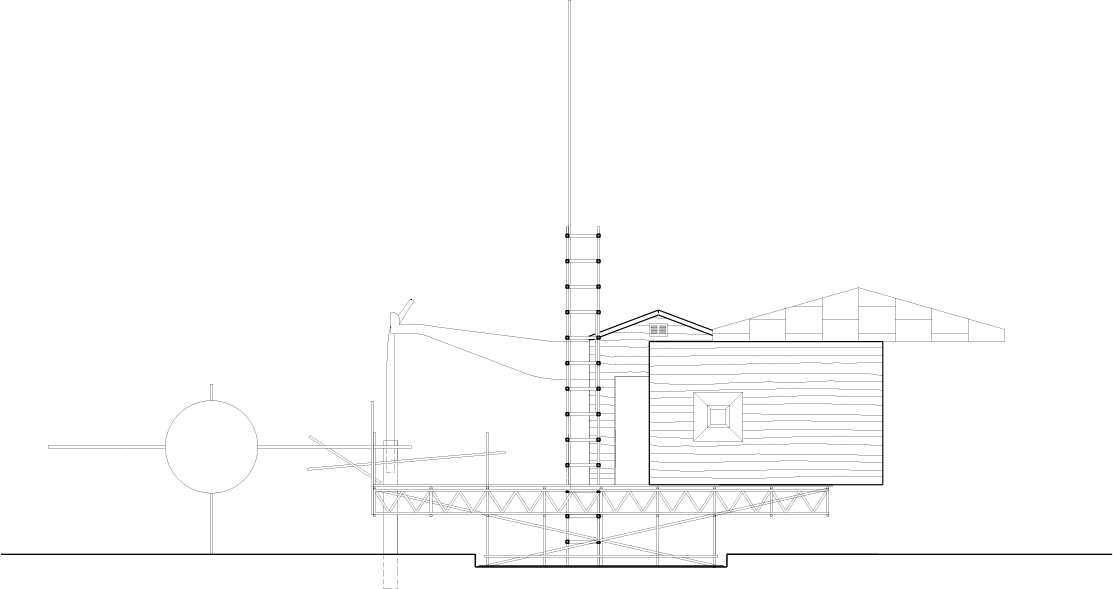 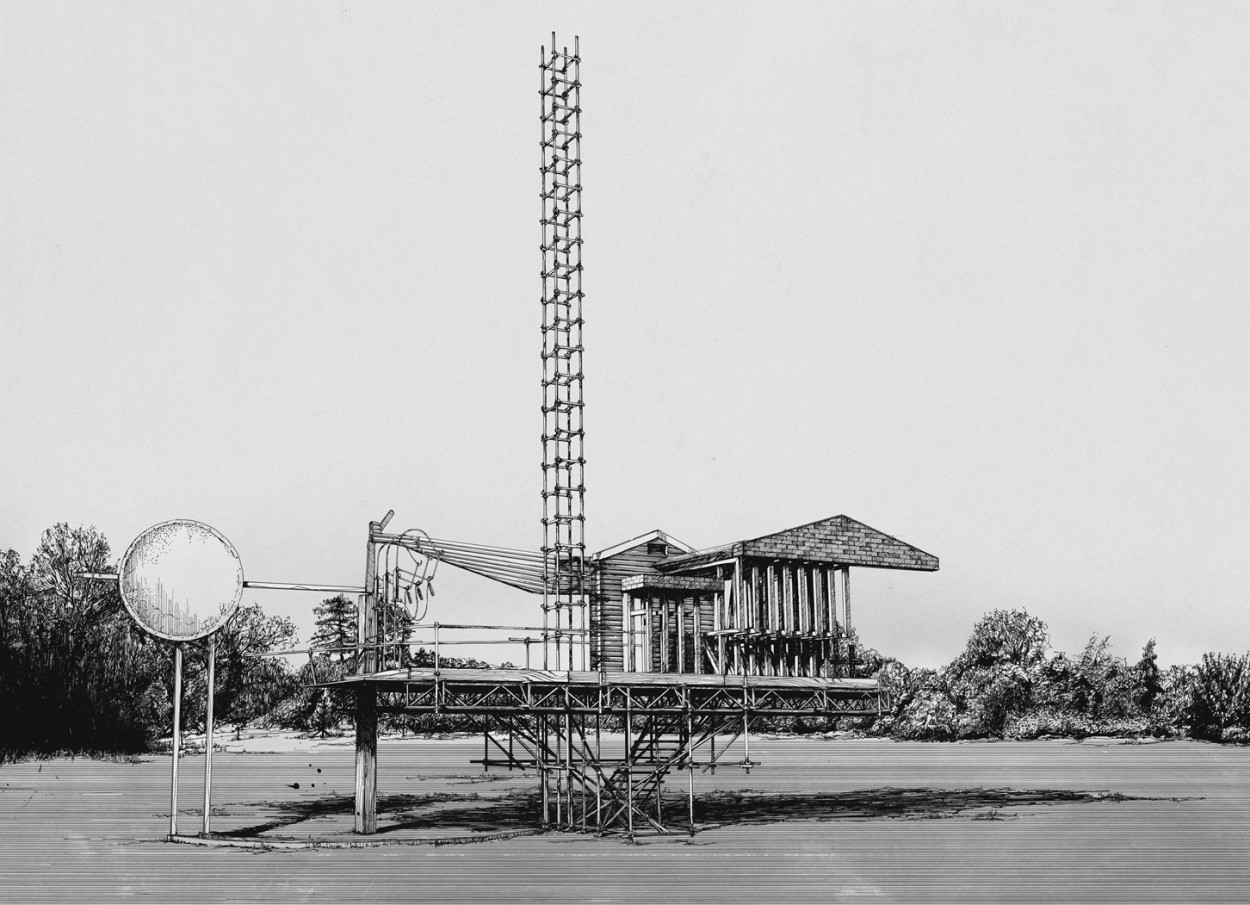 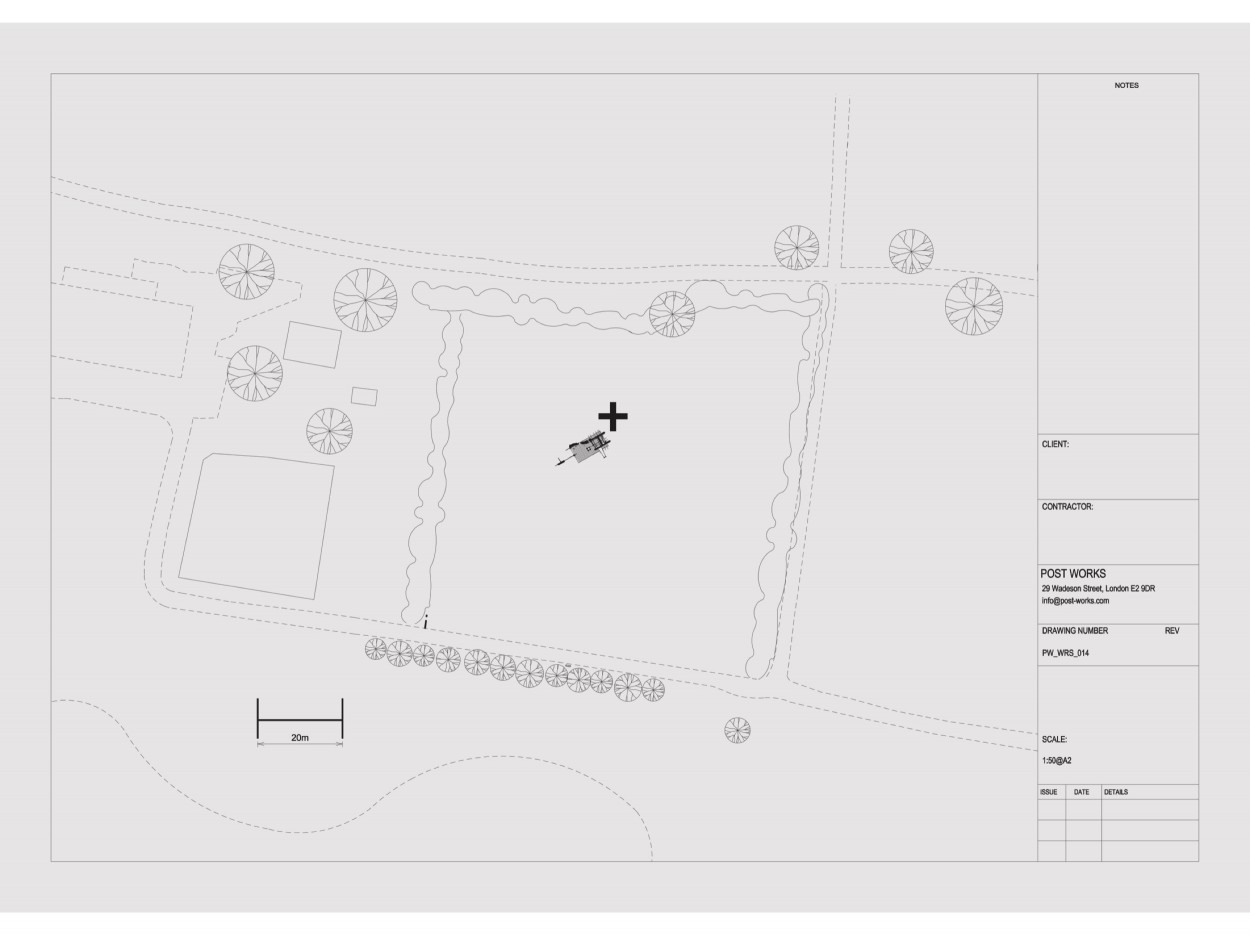 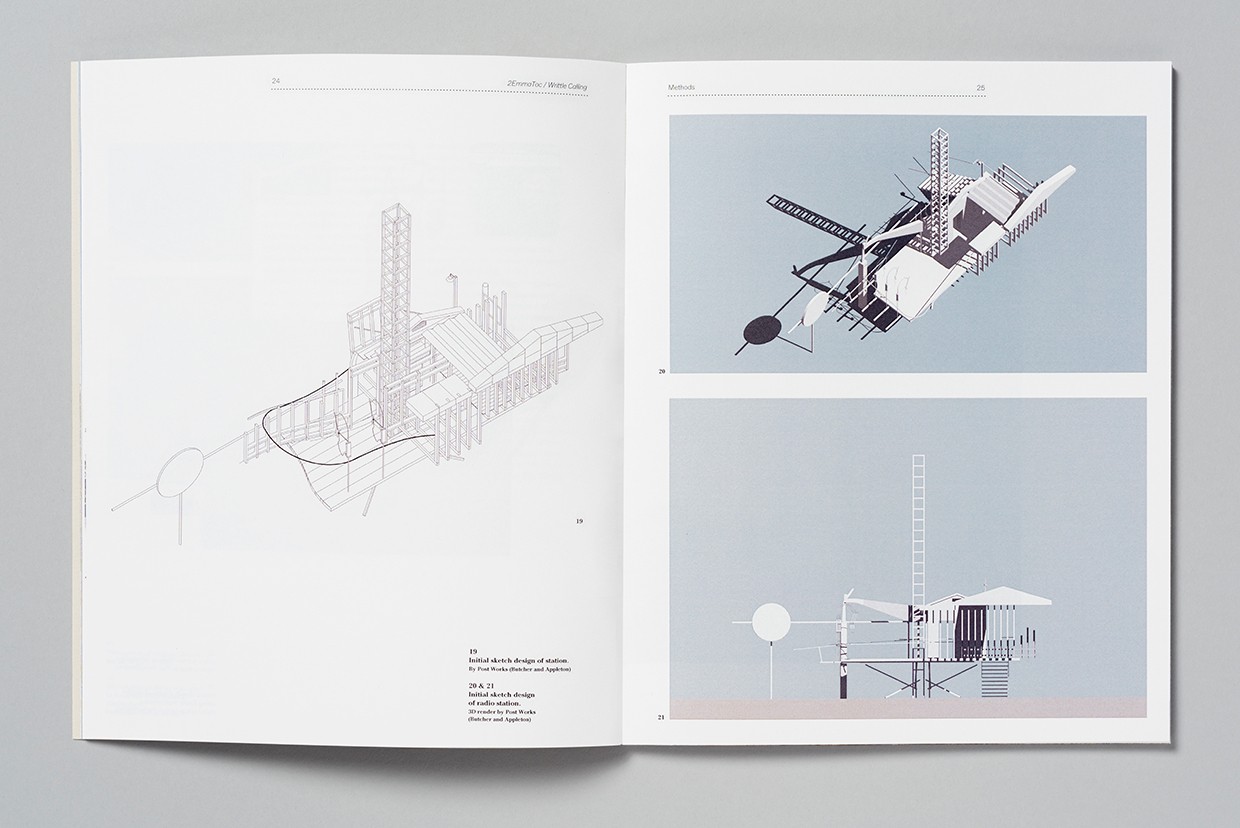 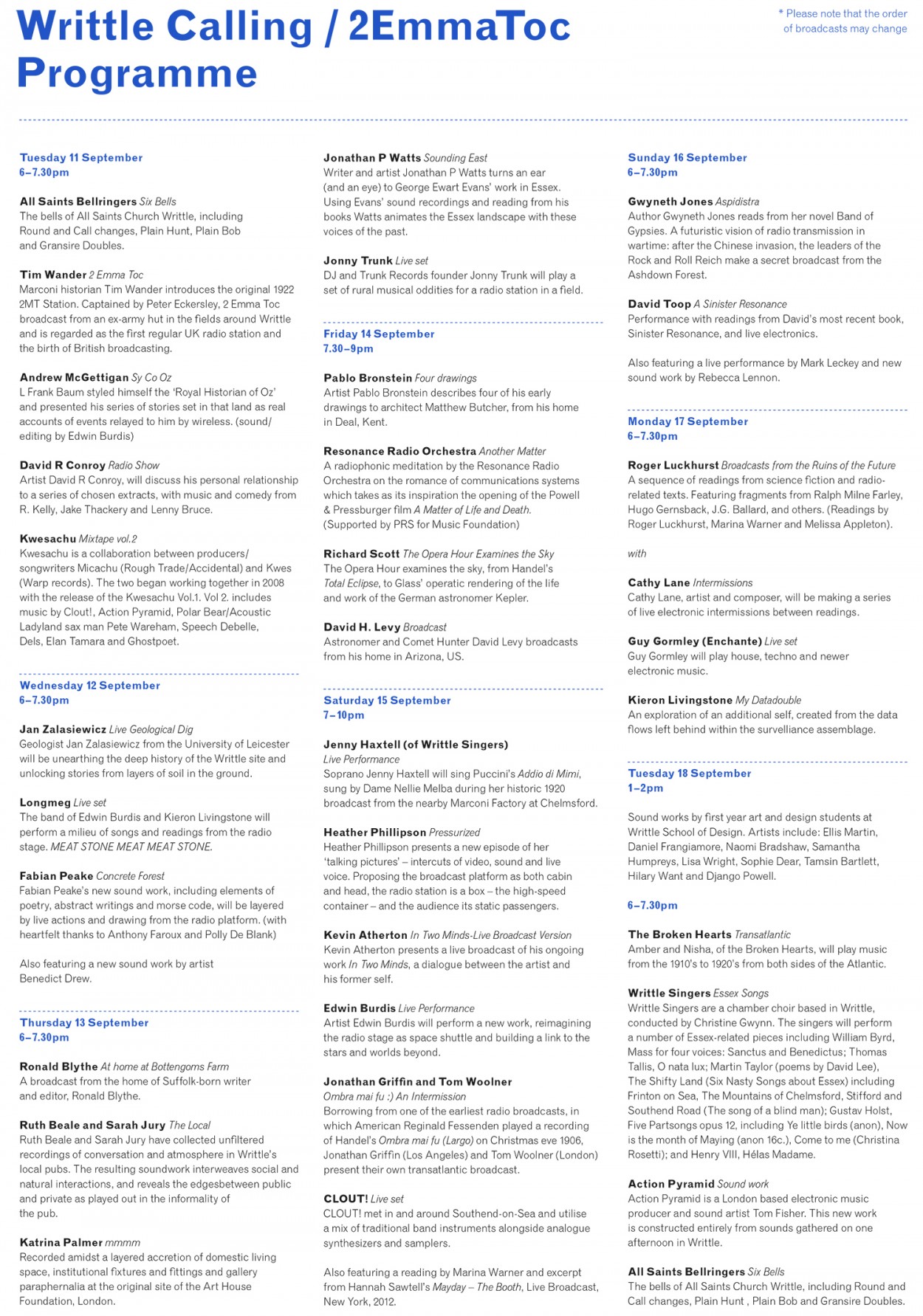 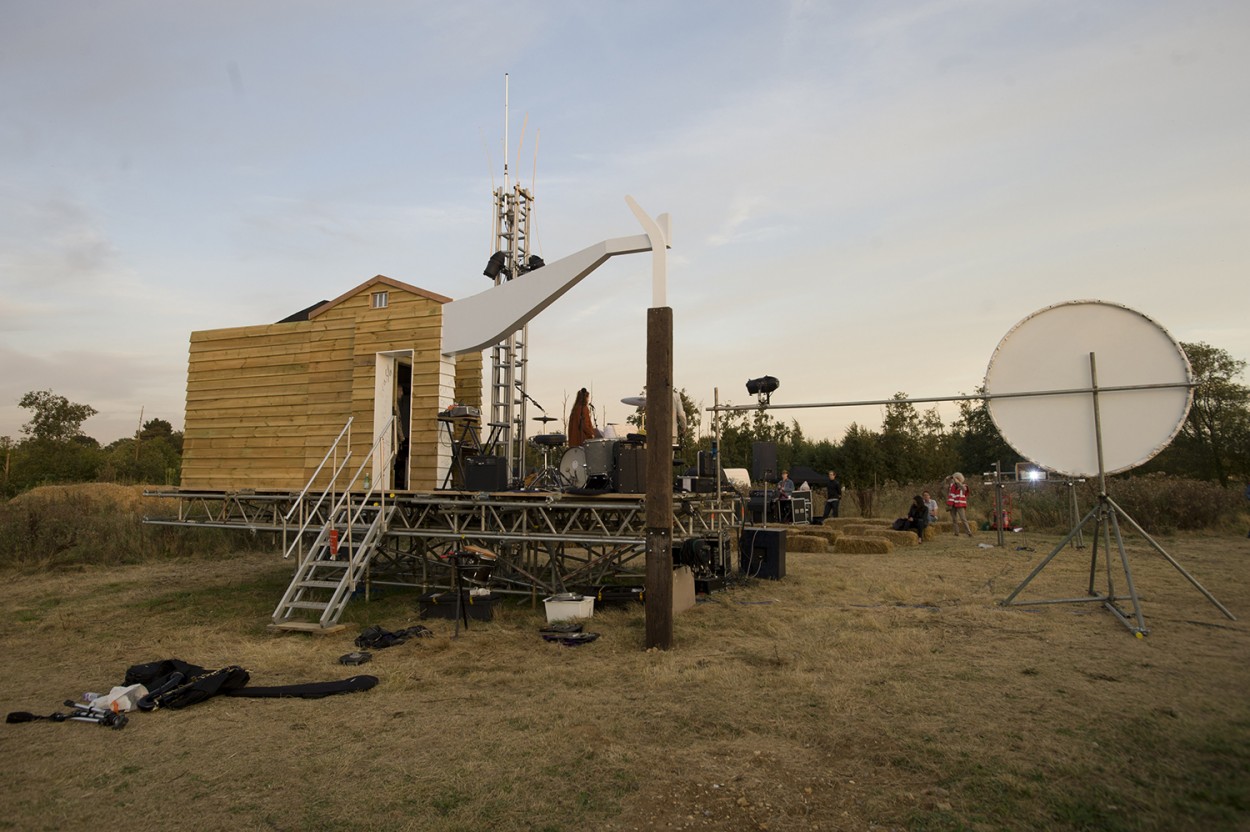 Writtle Calling:/2emmatoc was a temporary radio station and structure sited in the Essex landscape during September 2012. The station hosted a series of broadcasts by artists, writers, musicians and scientists, culminating in a live public event on the 15th September 2012. The structure was sited in the grounds of Writtle College, Essex, near the site of the first regular public radio broadcasts by Marconi Engineers in 1922. Transmitting under the call sign ‘2EmmaToc’, the original station broadcast live performances every Tuesday evening from an ex-army hut in the fields around Writtle.   The project was realised and curated in collaboration with CADE, (Centre for Art and Design in the Environment) based at Writtle College, Essex and Jes Fernie. The radio station existed as a built structure – a radio hut and stage – that provided a physical platform for the broadcasts. The broadcasts were transmitted on the FM Band to a local area of approximately 25 miles radius – to include Chelmsford – and were also streamed online via post-works.com, where an archive of broadcasts is also available. The broadcasts created for the project were also aired on Resonance FM over an eight period during August 2013.