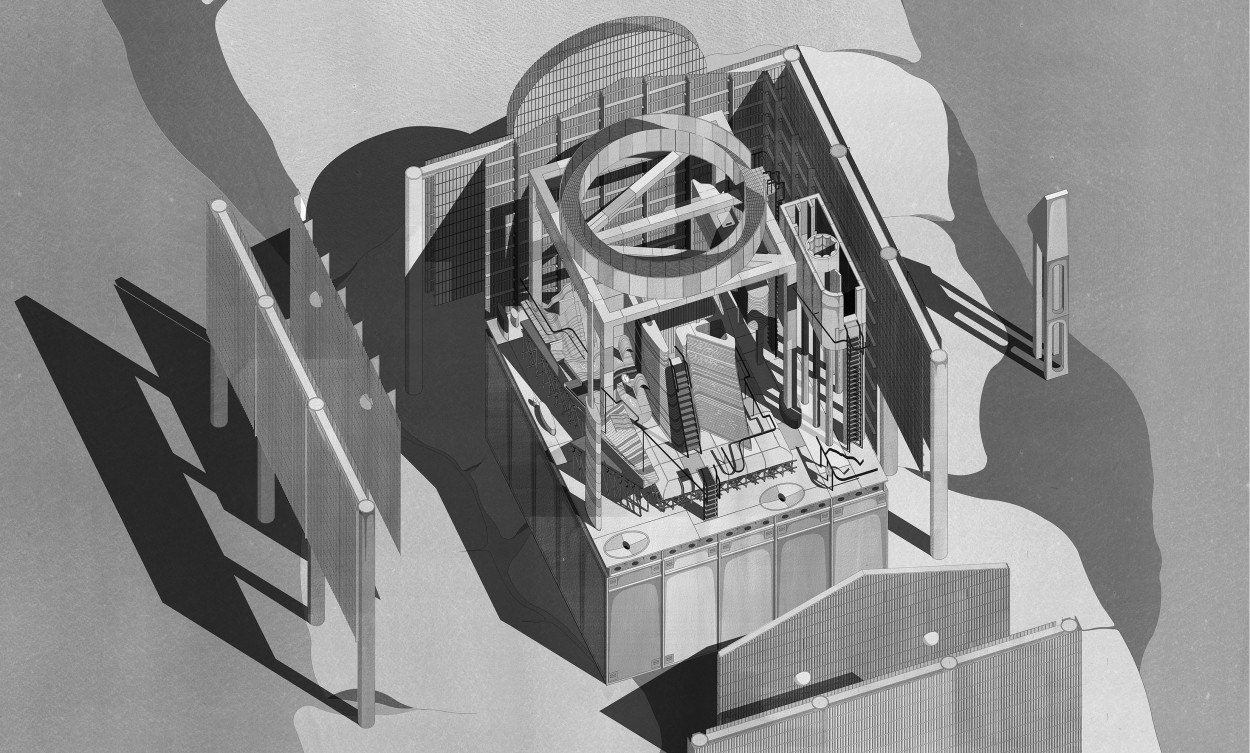 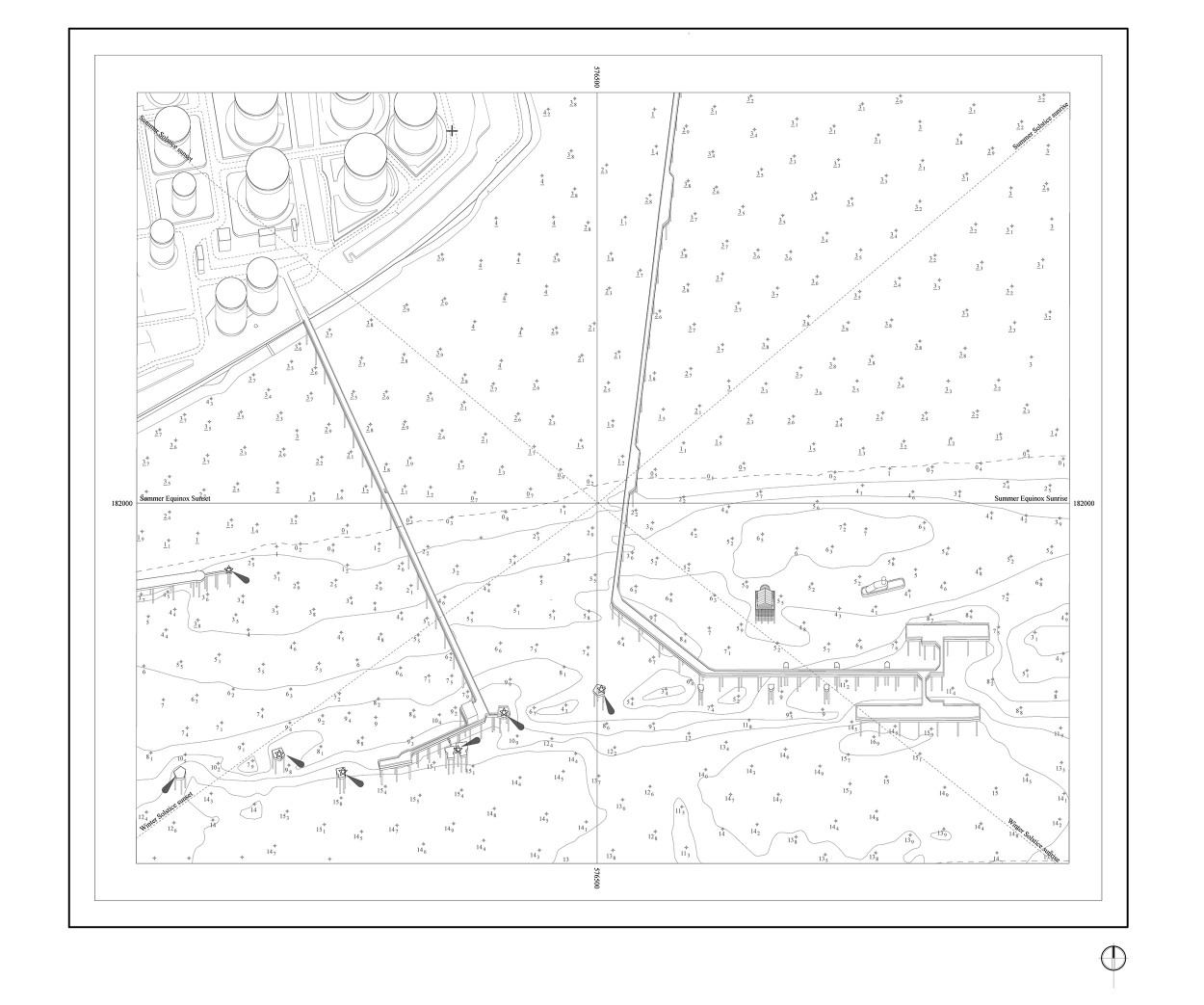 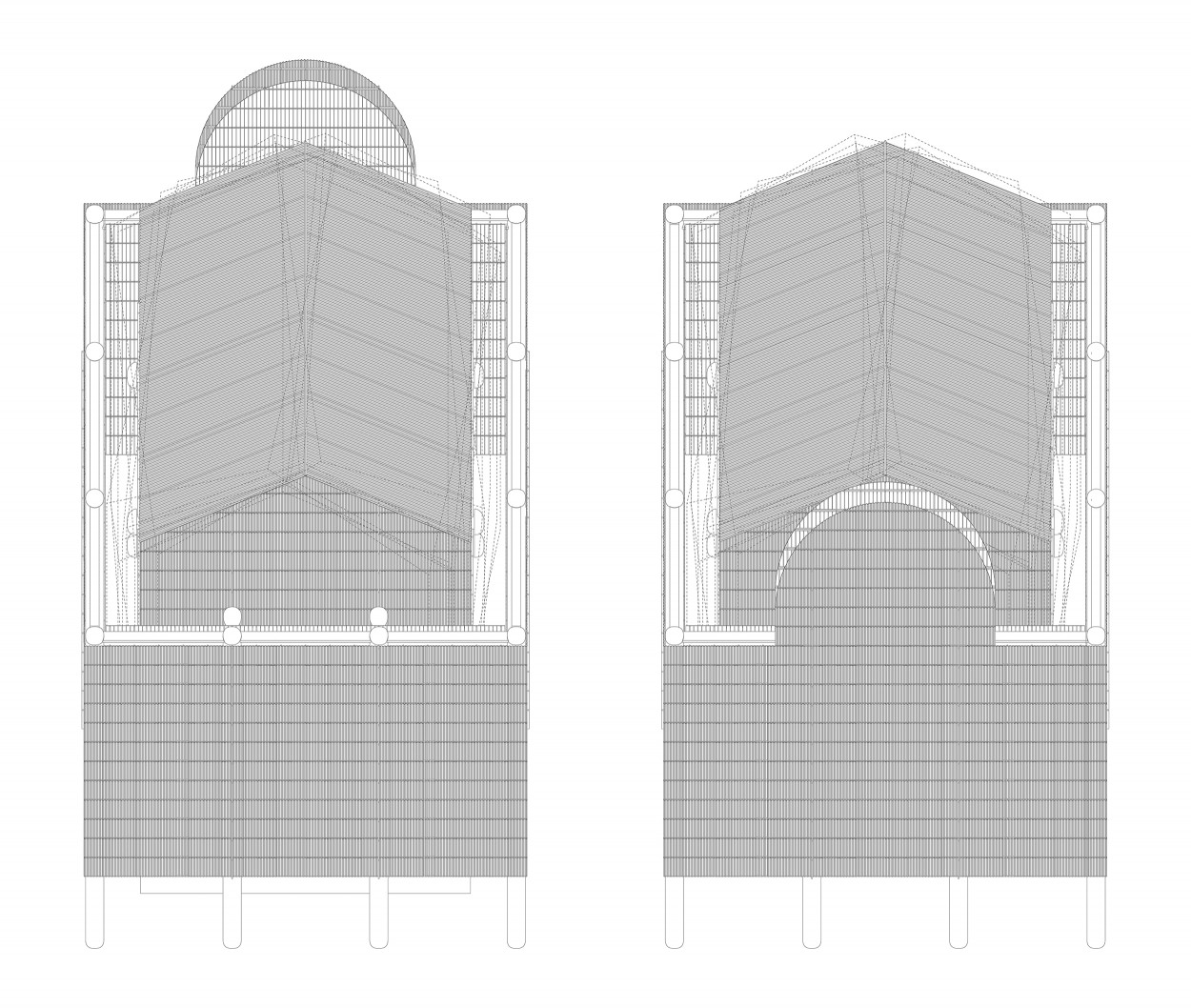 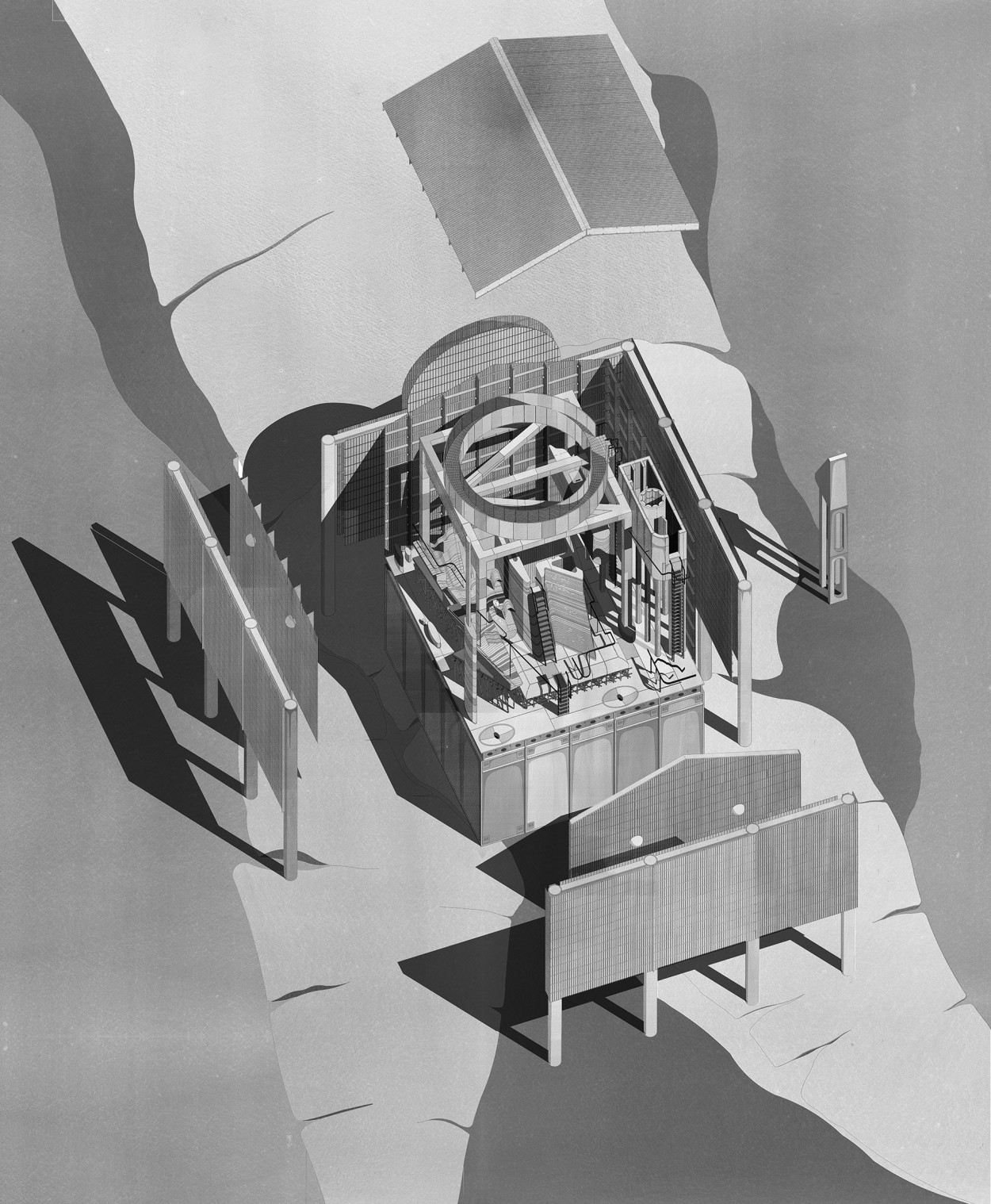 The Bang Bang House is a theoretical dwelling located on the coast at Canvey Island in the Thames Estuary. The floating structure is moored within a metal enclosure and is allowed to float on a series of pontoons when the tide is up. When the tide is down it rests on the Canvey Mud Flats.

Within the house are a series of micro dwellings that allow inhabitants the chance to escape harsh weather conditions of the Estuary as well as the sound of the structure as it bangs around it’s ‘cage’ during hi tide. The undulating floors of the structures in the house encourage those occupying it to move as if being carried on a wave, or as if navigating across the delicate mud flats in the area.