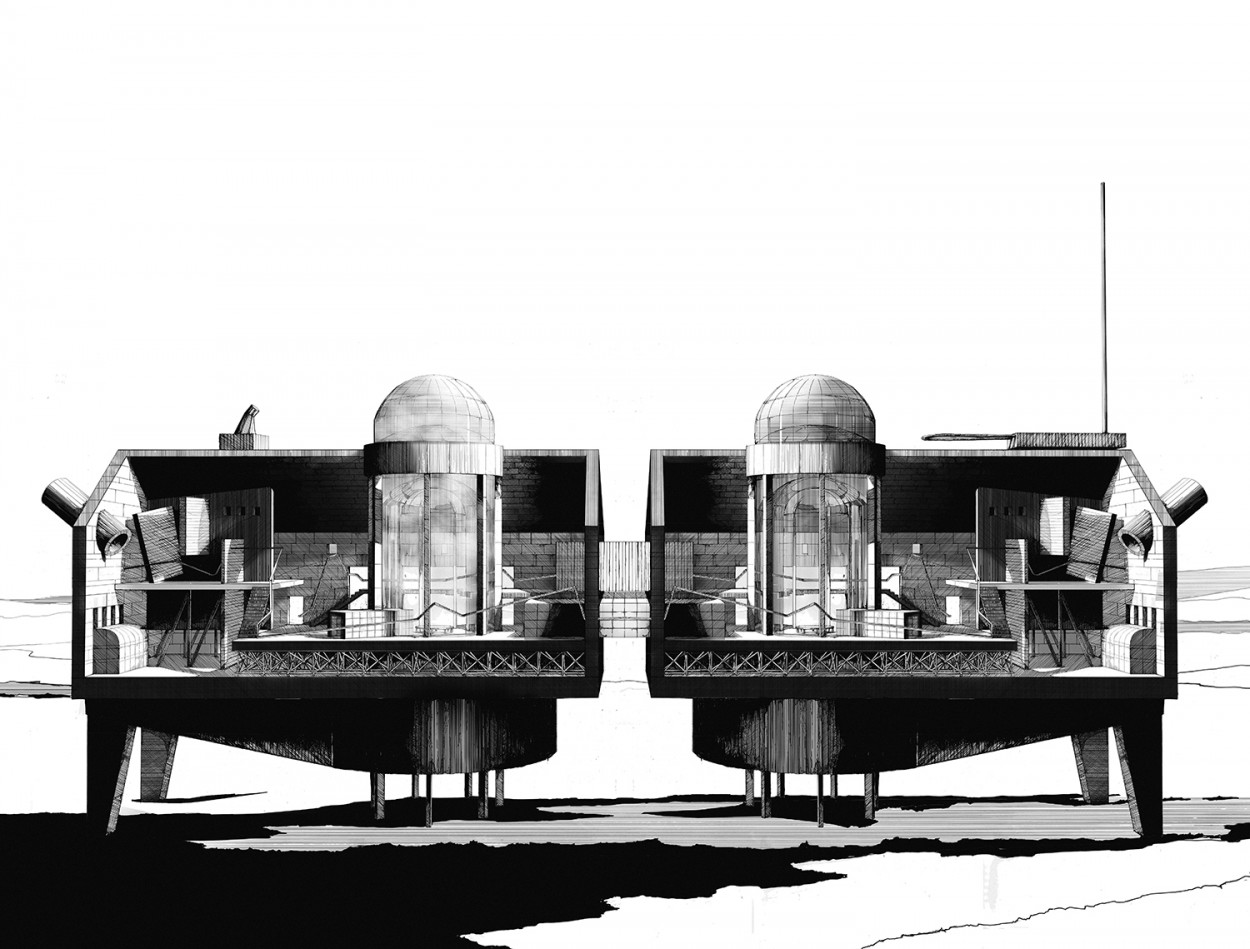 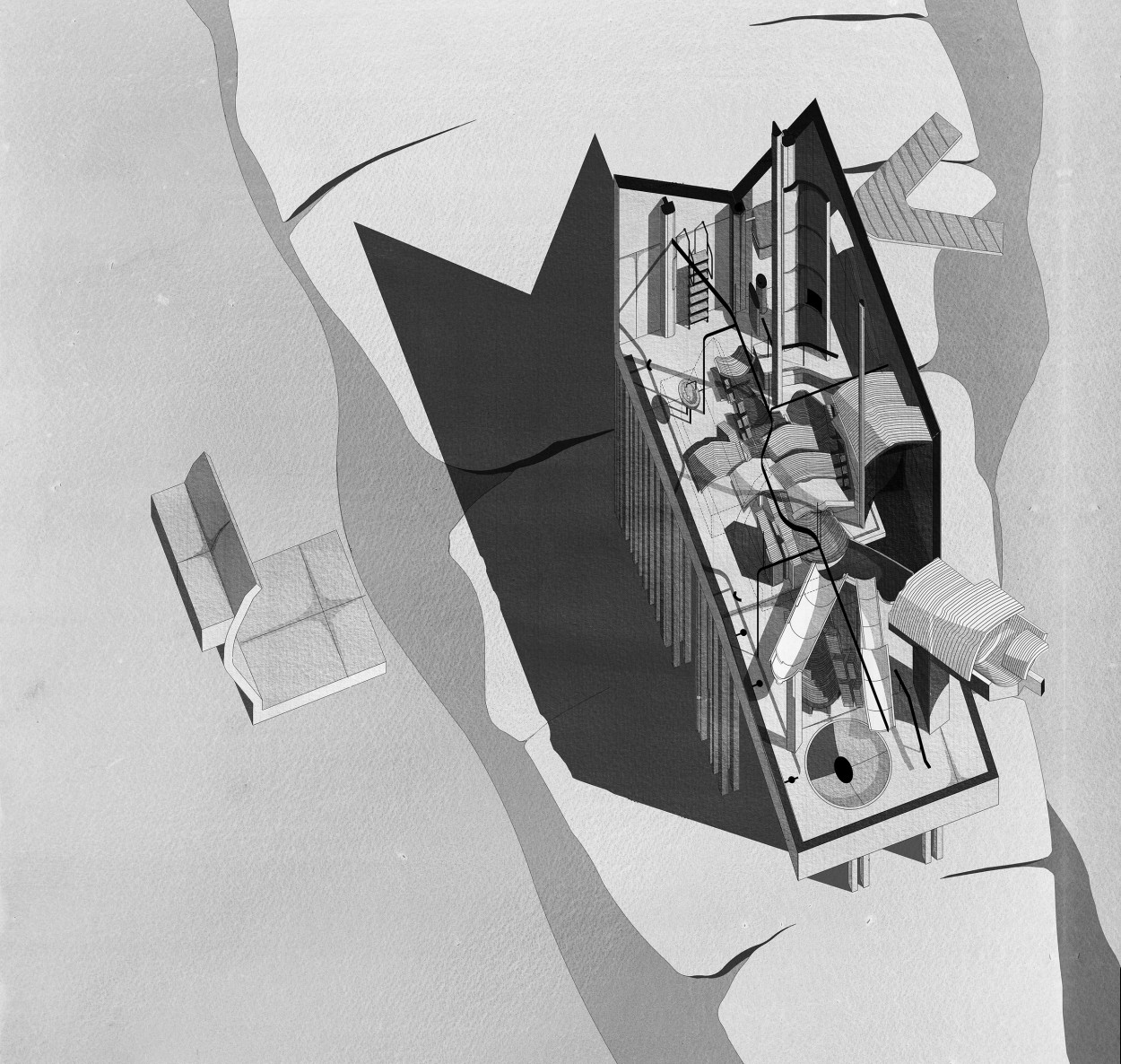 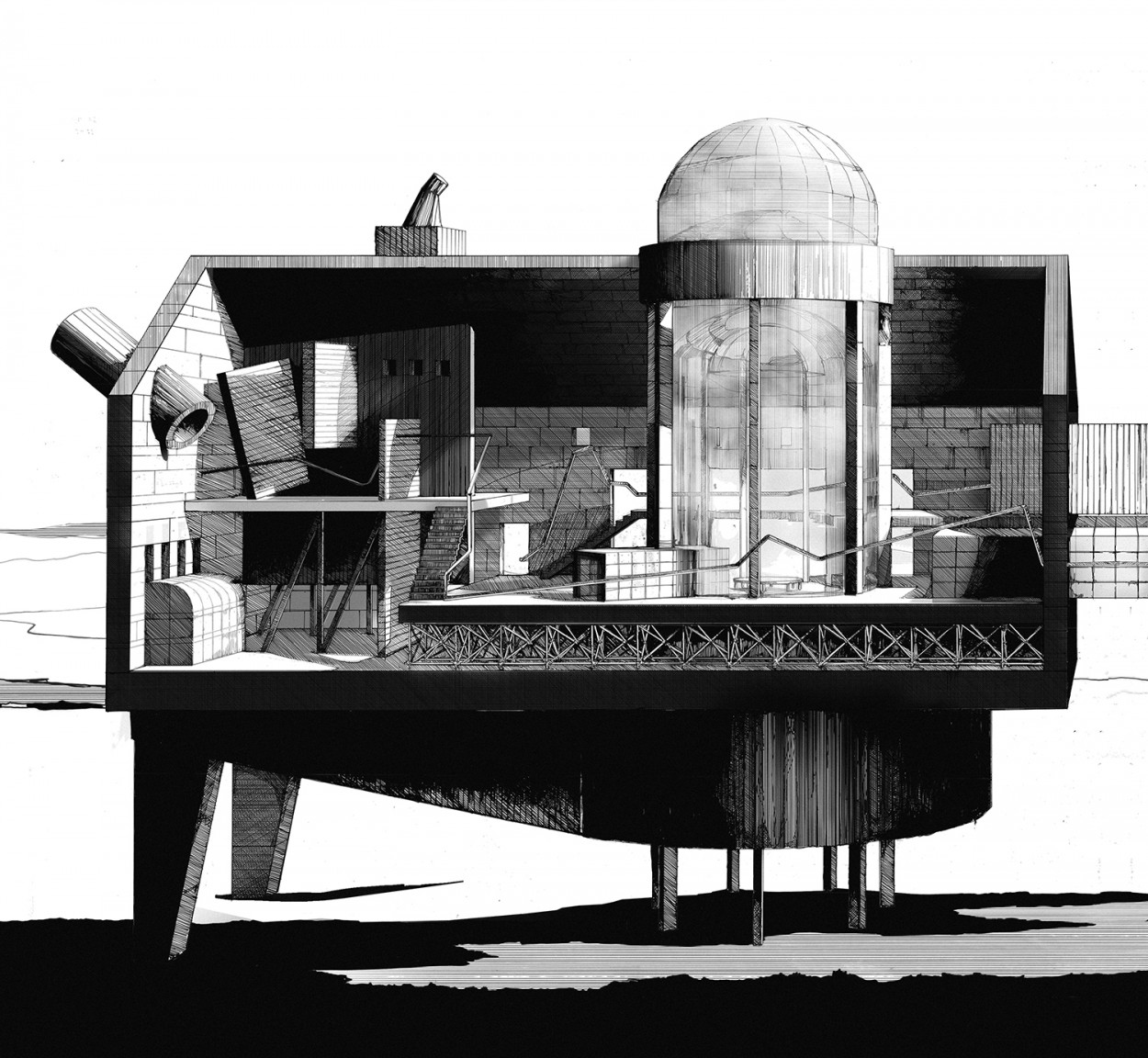 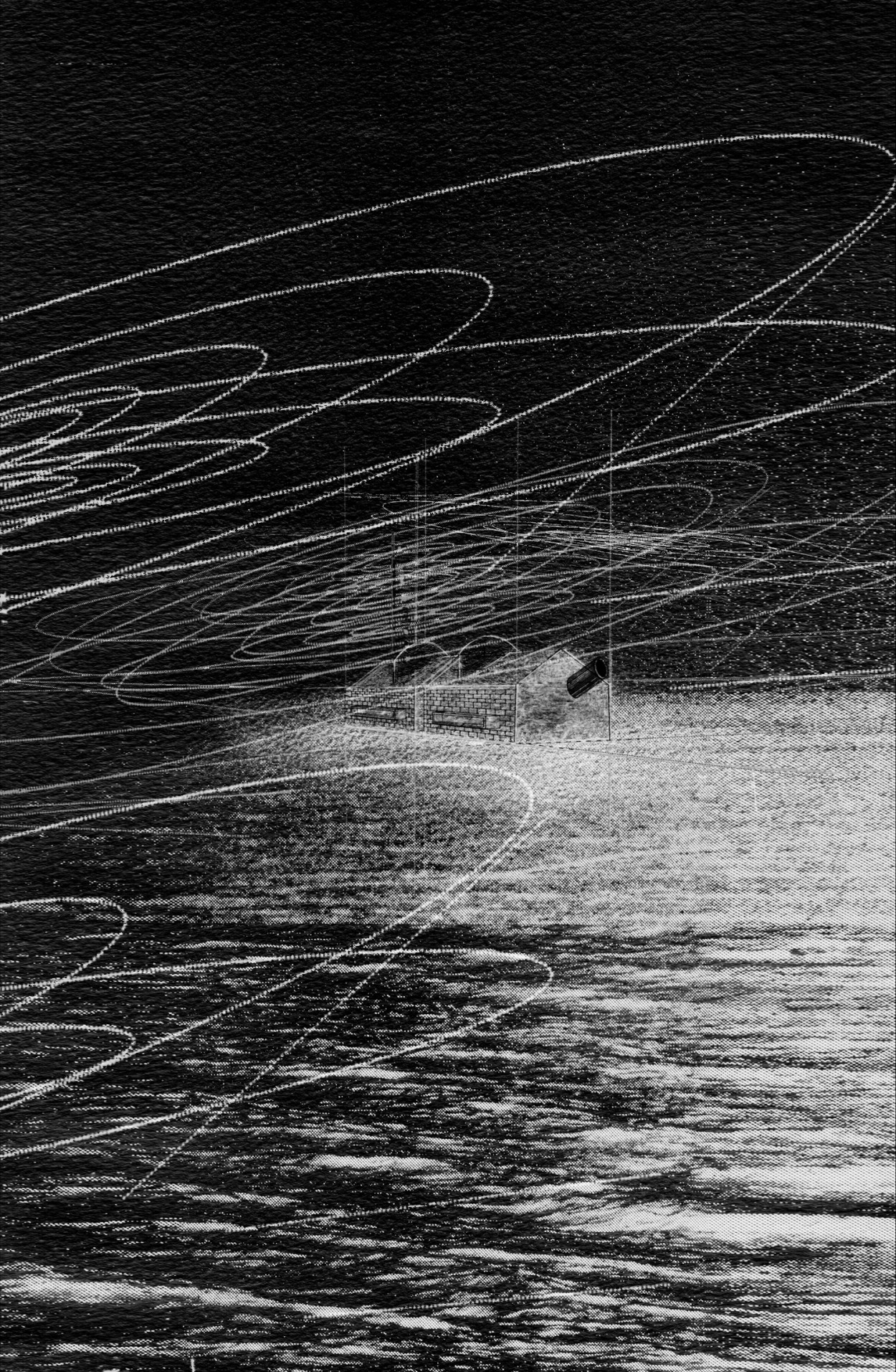 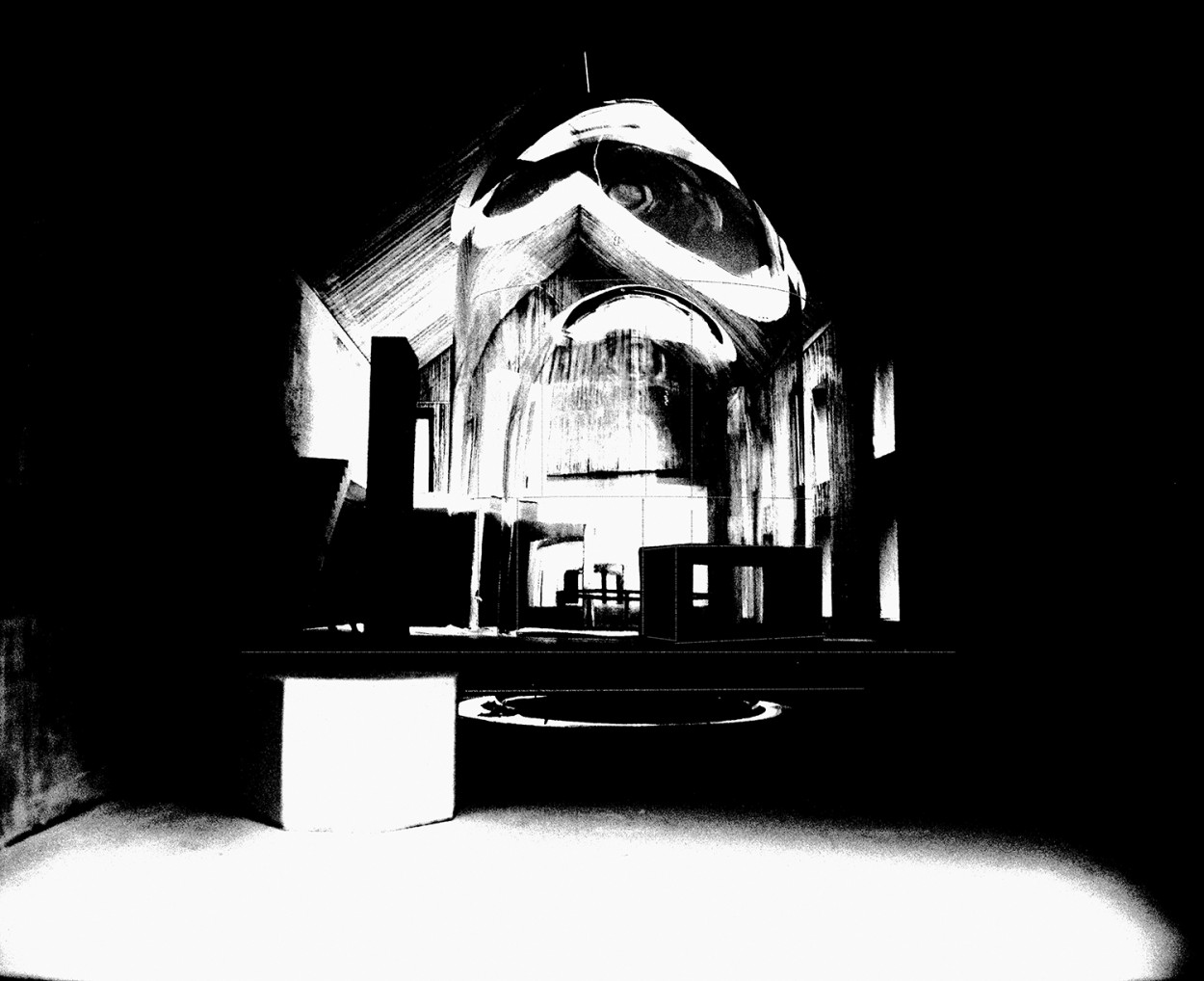 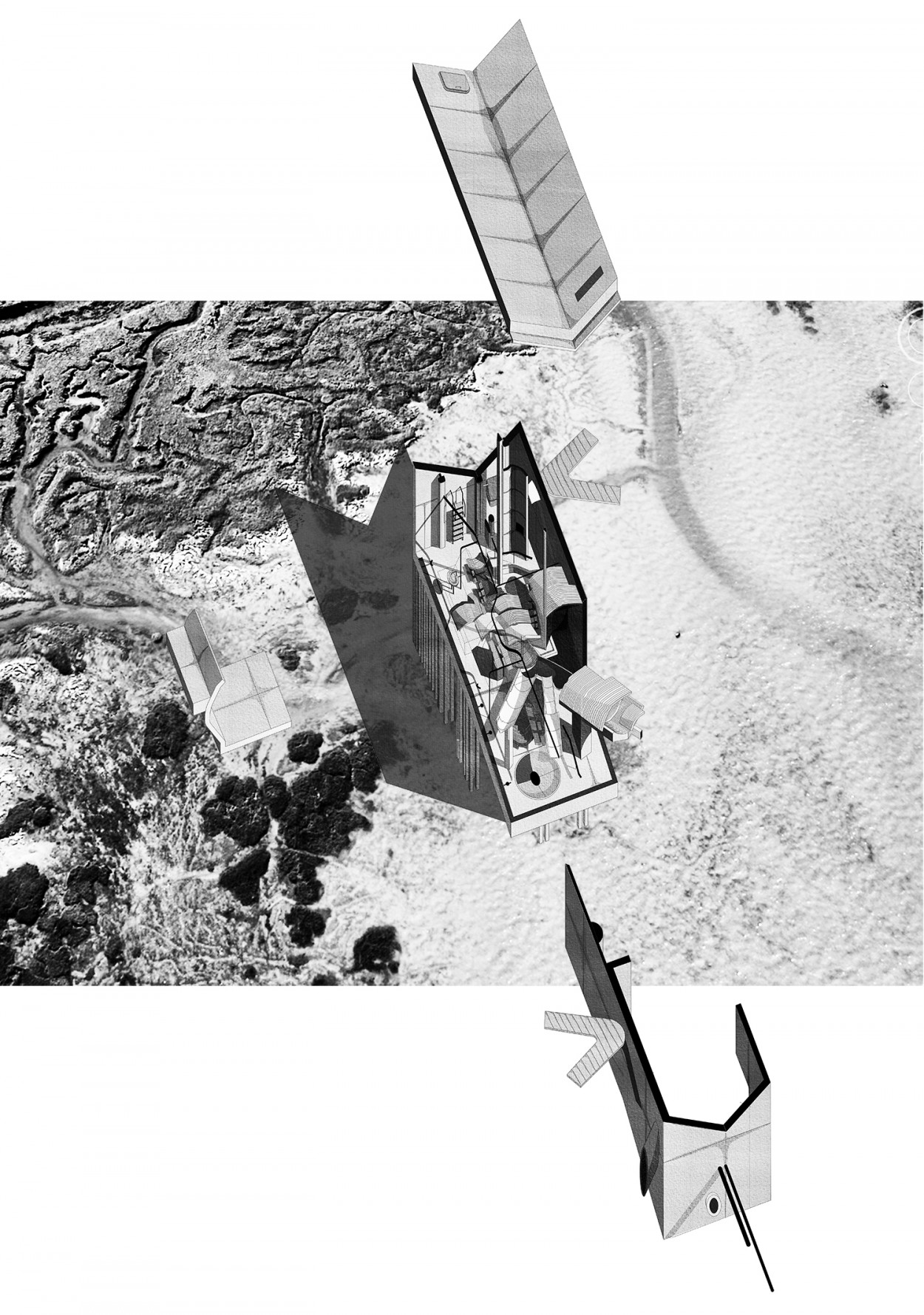 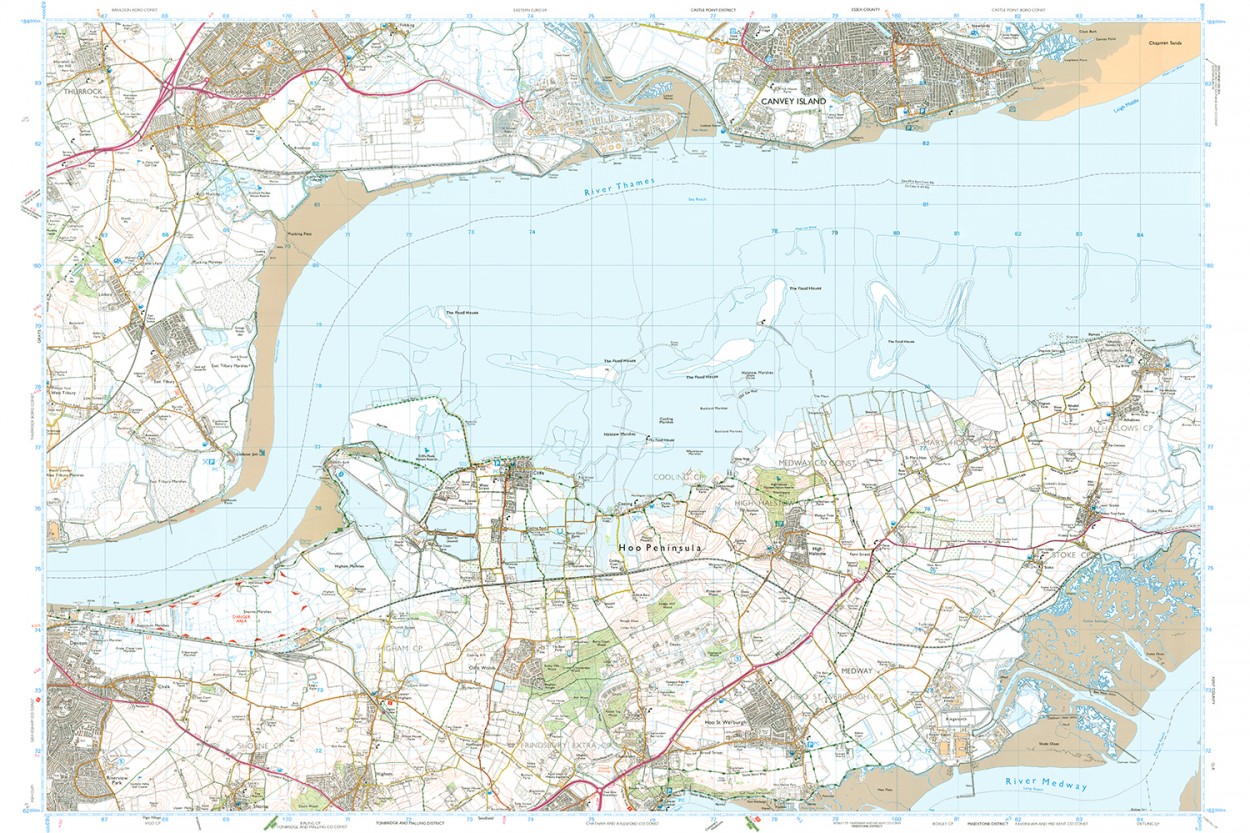 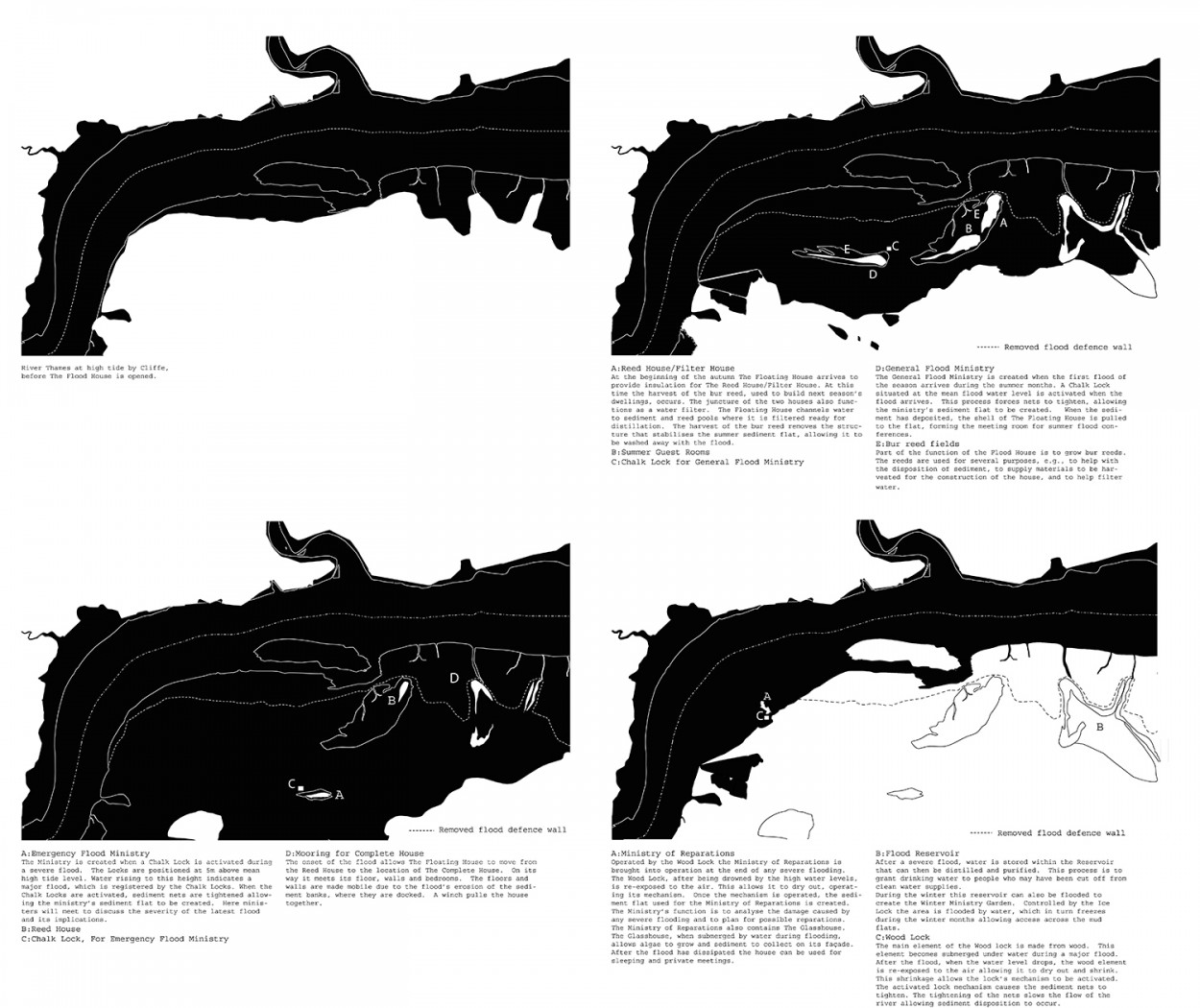 The Filter House and Chapels

The Filter House, and accompanying Chapel buildings, are proposals for speculative structures that act as a practical and poetic investigation into the inhabitation of a future flooded Thames Estuary; a place in which the environment and the weather alter the material fabric of the architecture. These architectures are sited in and around Cliff Marshes on the south side of the river near the mouth of the Thames. They reside where the existing Sea Wall would be removed to allow water to splay during a flood.

The project primarily exists as a series of drawings, in a variety of media. They are projections, intended to provide provocative visions of new ways of living with the increased threat from flooding, caused by increasing global temperatures.

All drawings by Matthew Butcher, except:
Drawing 1 - Jason Coe
Drawings 5 and 6 - Tom Noonan