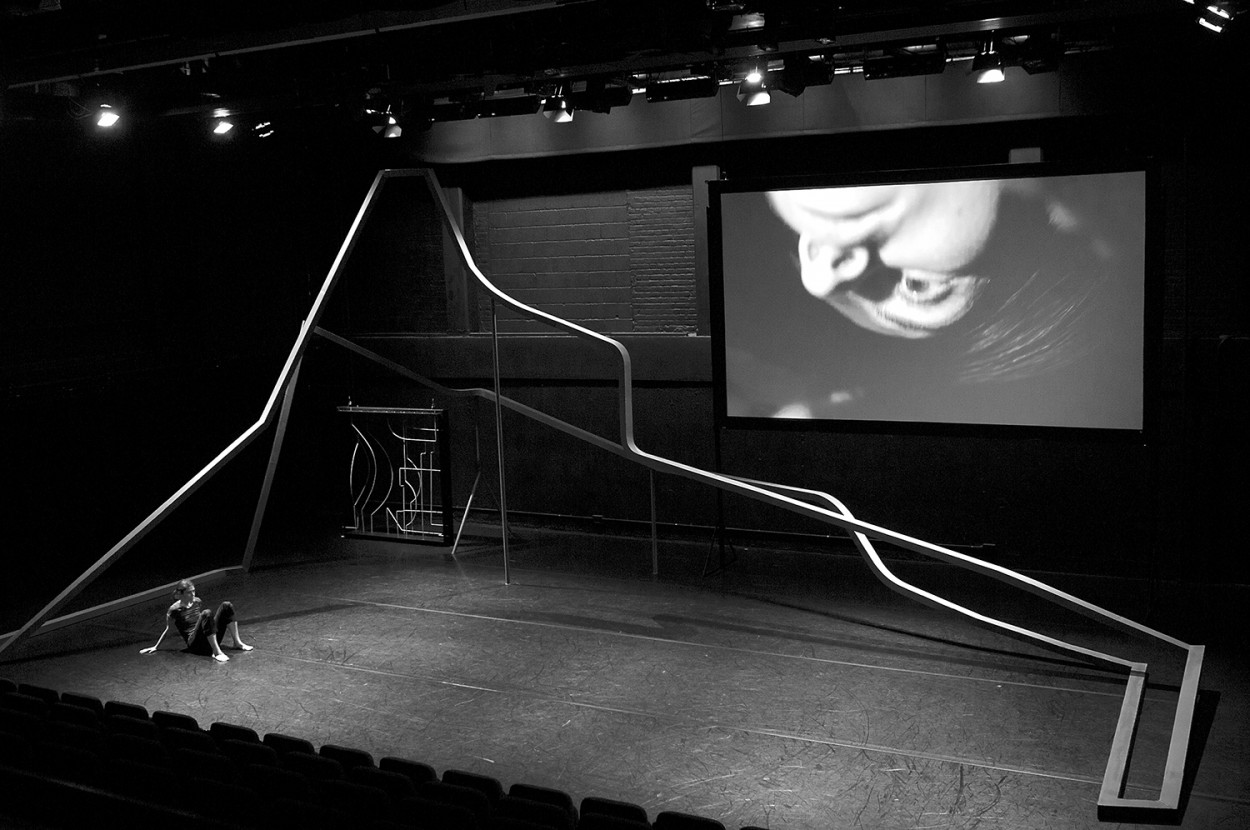 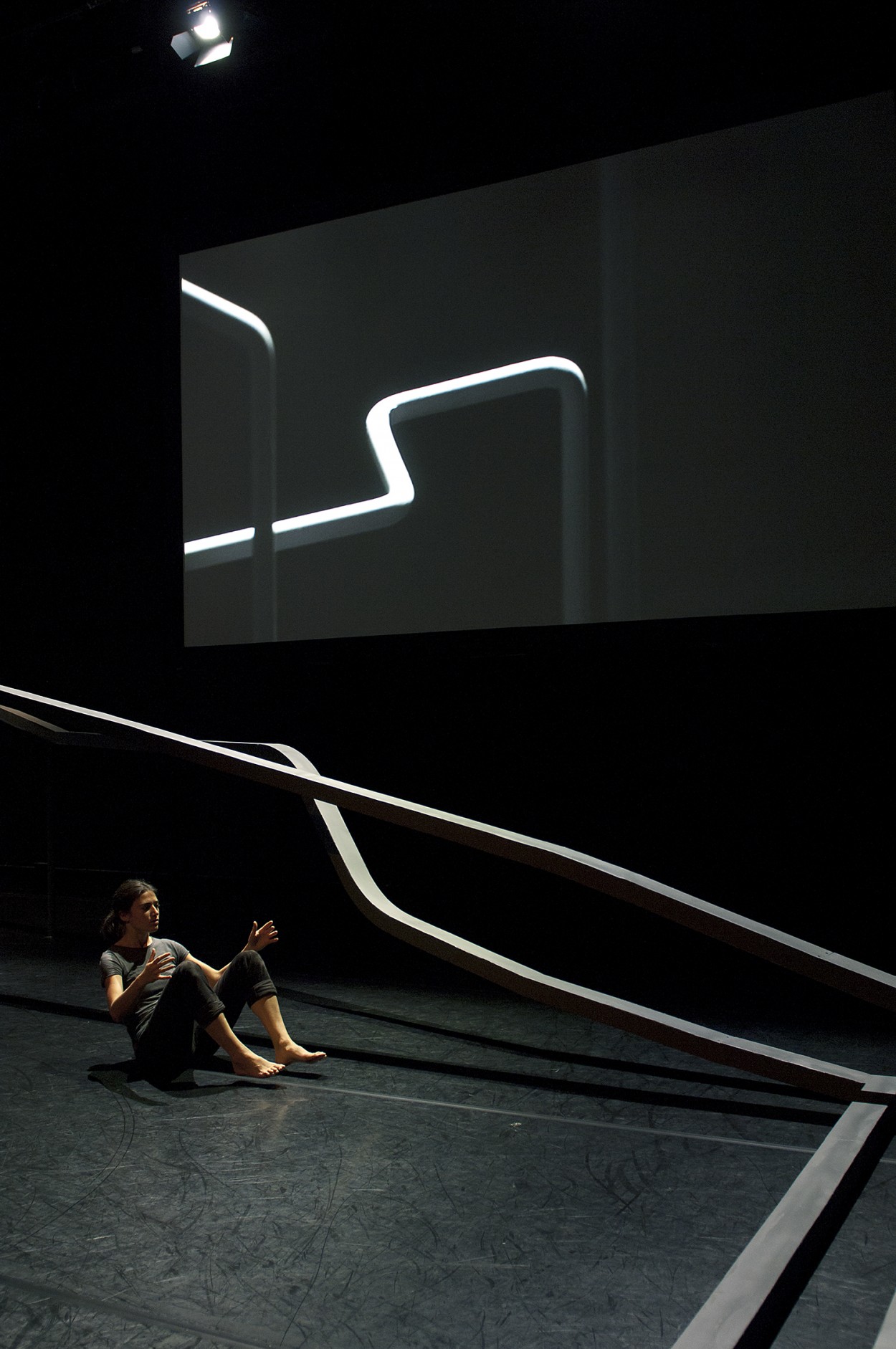 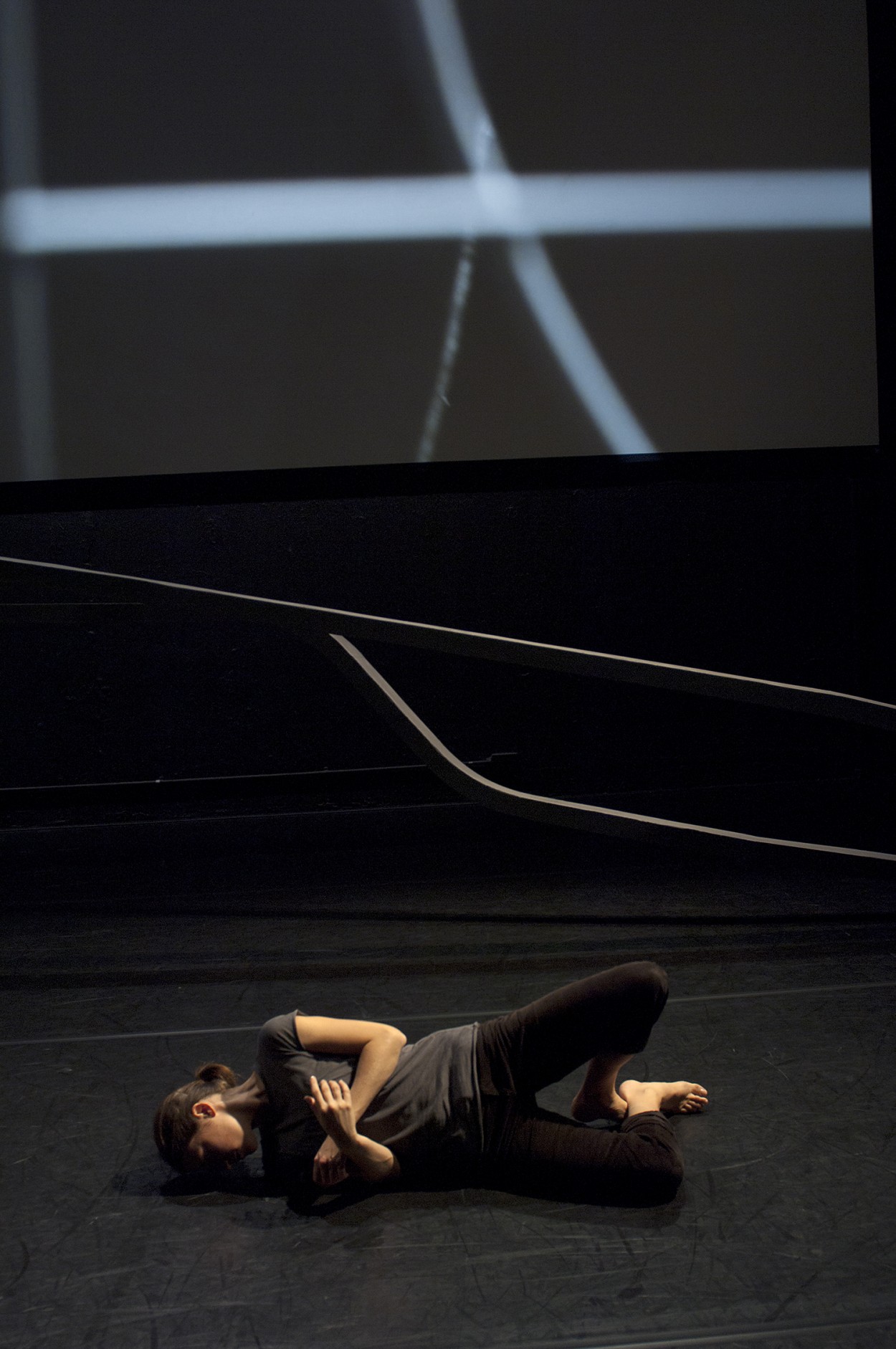 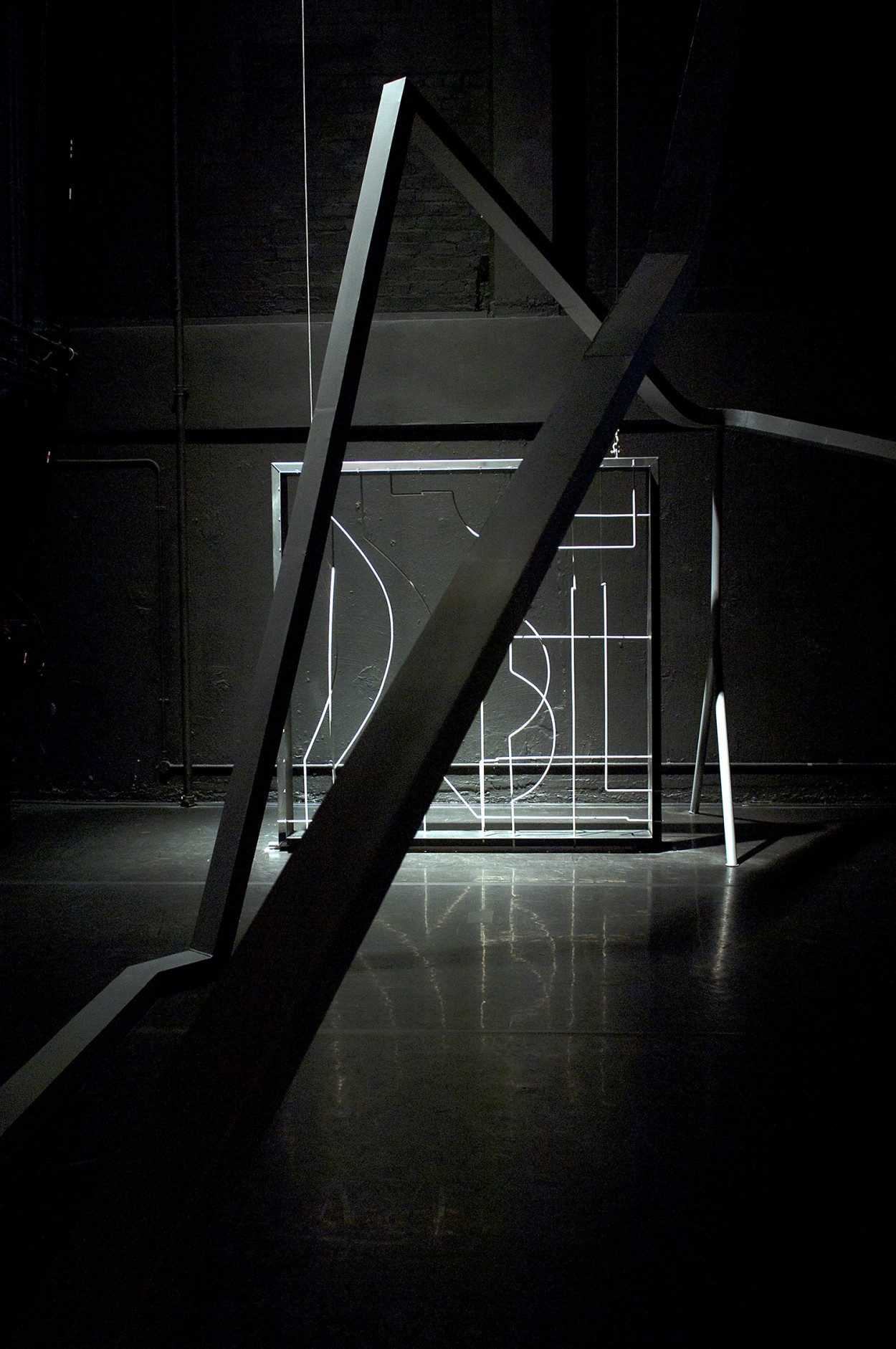 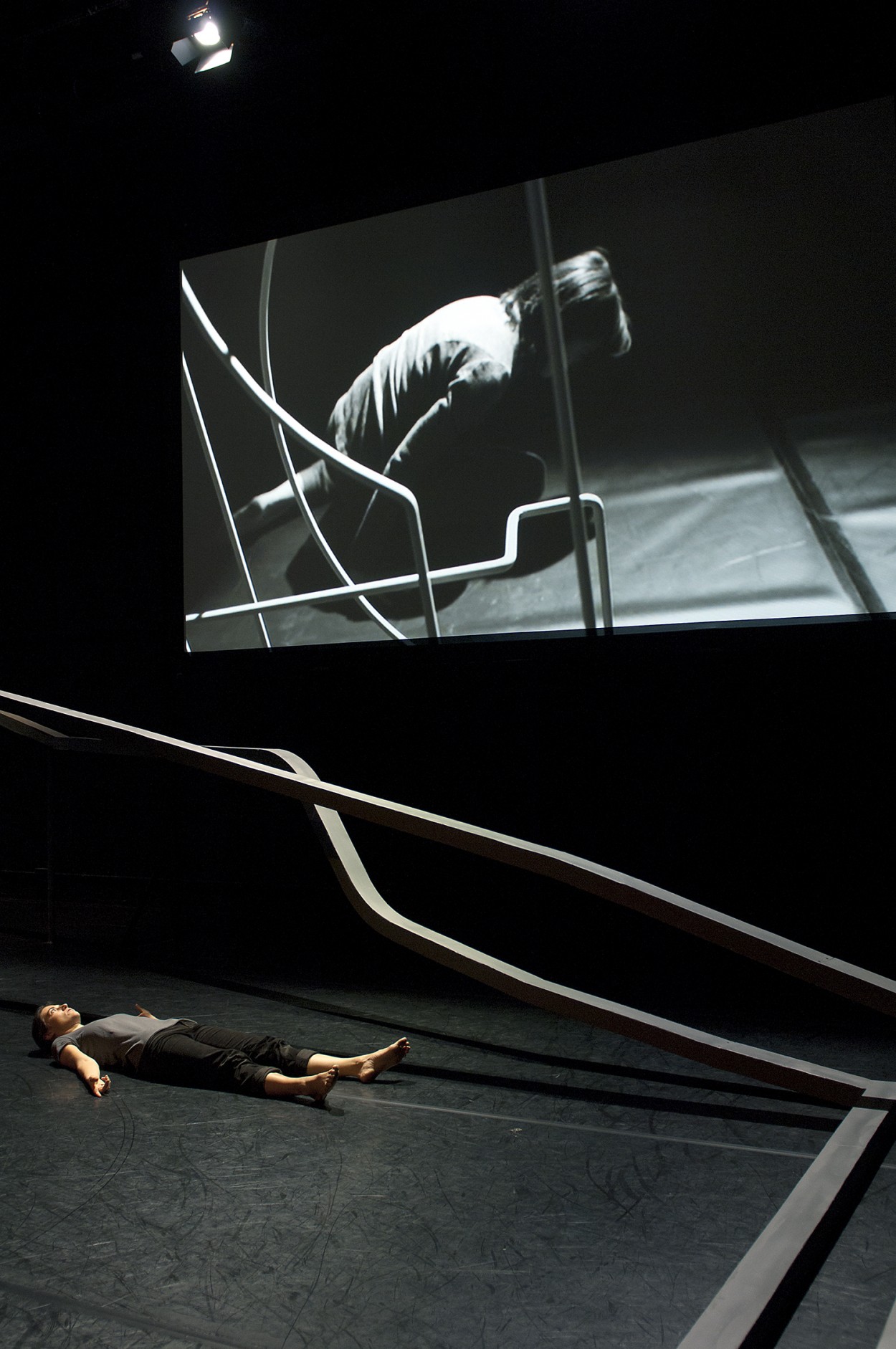 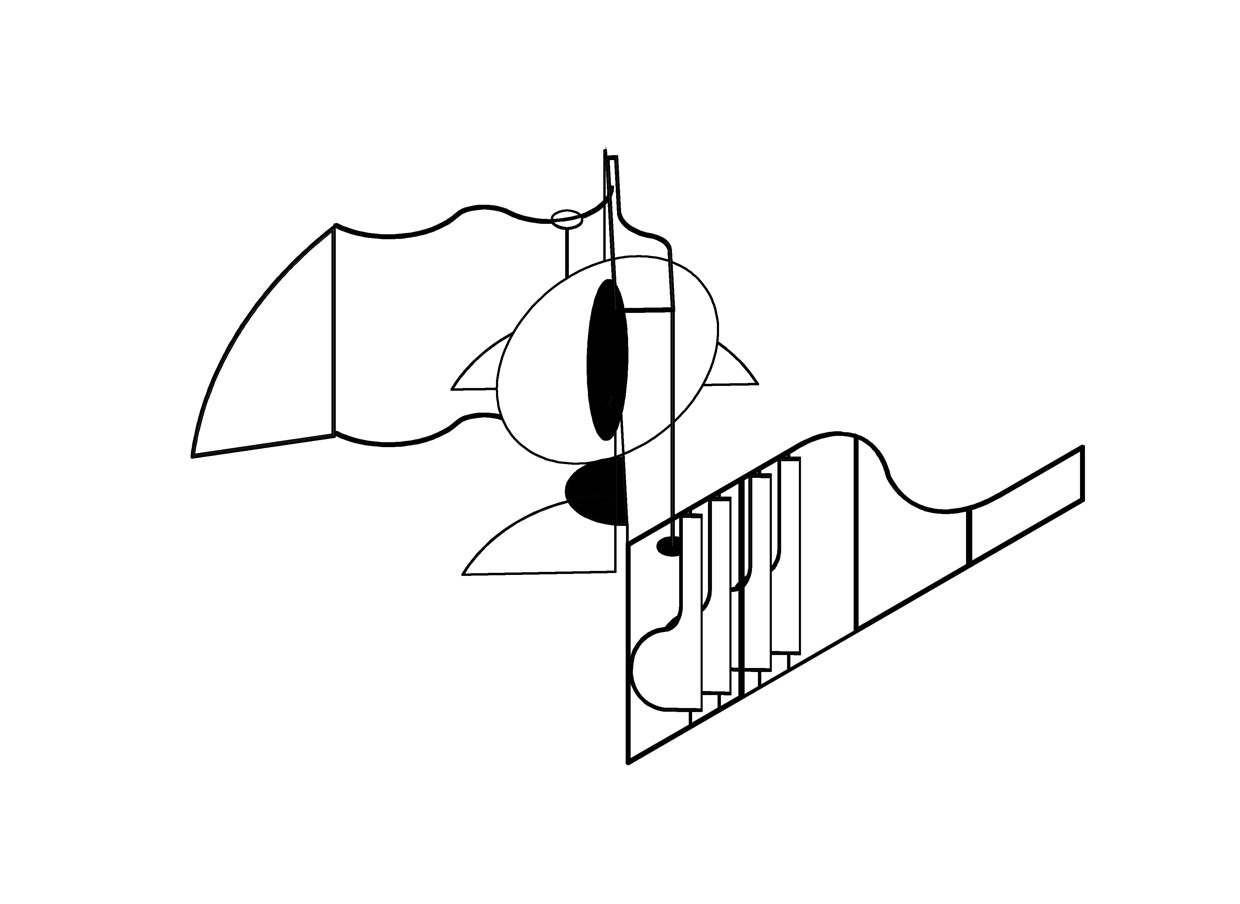 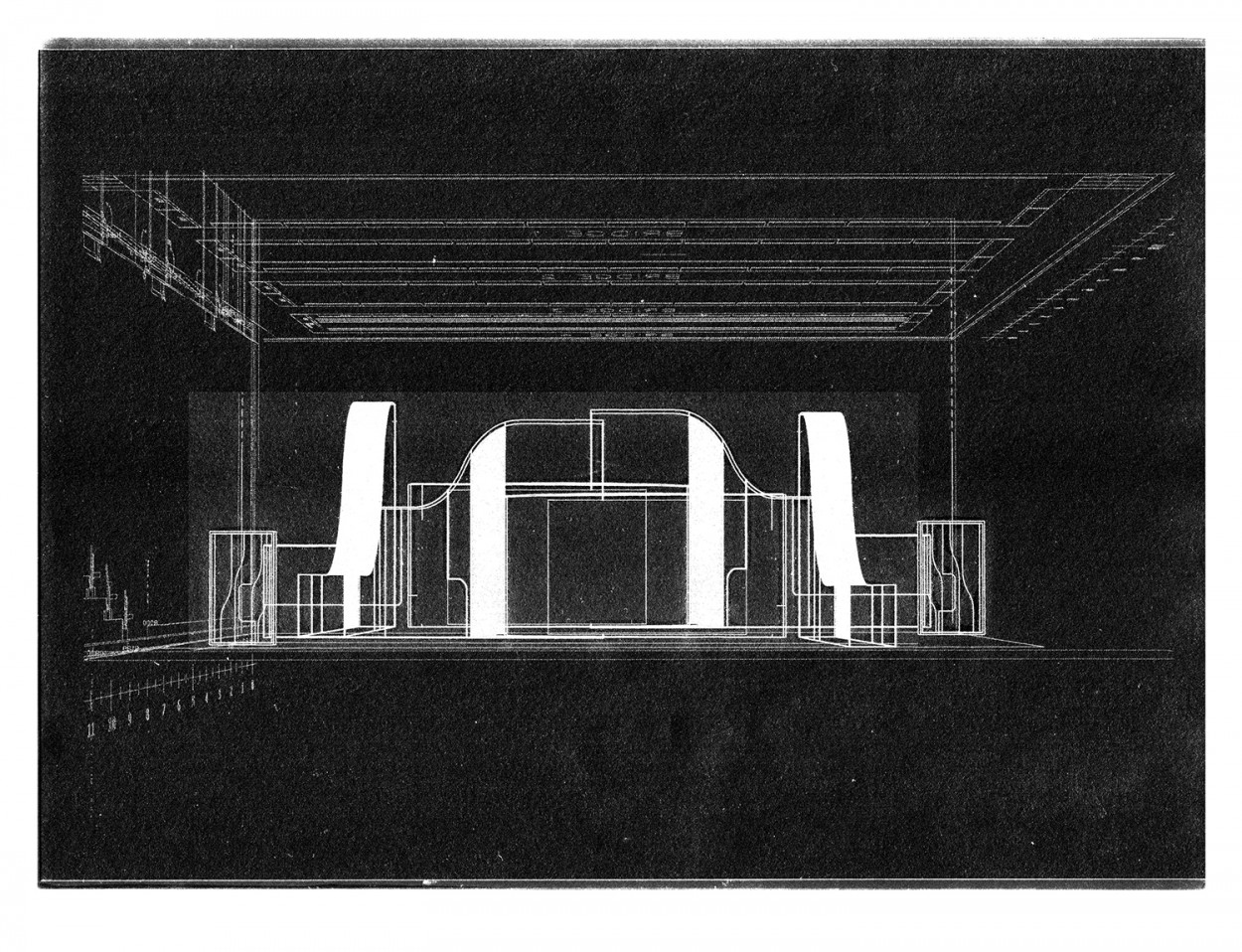 Lapped, Translated Lines was a multi-disciplinary collaboration between choreographer Rosemary Butcher, artist-filmmaker Daria Martin, designers Matthew Butcher and Melissa Appleton and sound designer Cathy Lane. The piece was premiered as part of the Festival of Miniatures Series at Sadler’s Wells, October 2010. Lapped Translated Lines created an immersive environment inside the Lilian Baylis Theatre. Daria Martin’s film was viewed in and out of register with the physical movement of the performer, as she navigated her way around the space. The physical steel structure by Matthew Butcher and Melissa Appleton acted as a viewing frame for the audience seated at the edges of the performance space and a register against which to view the physical movement of the dancer. It also acted as a trace of the body’s movement whilst at the same time defining its limits and horizon. The sculptural and architectonic framework is a translation, adapted from a series of two-dimensional movement notations developed from watching Butcher’s choreographed movements. Celebrating the processes of translation and transformation the work expands on the inherent slippages that occur as we move from one language, physical state, space or discipline to another.

Matthew Butcher is an academic, writer and designer. He is a partner in design practice Post Works and is the editor and founder of the architectural newspaper P.E.A.R.: Paper for Emerging Architectural Research. Matthew is also lecturer in Architecture and Performance and BSc Programme Director at the Bartlett School of Architecture. His work has been exhibited at the V&A Museum, London; Storefront for Art and Architecture, New York; The Architecture Foundation, London and the Prague Quadrennial, Prague.